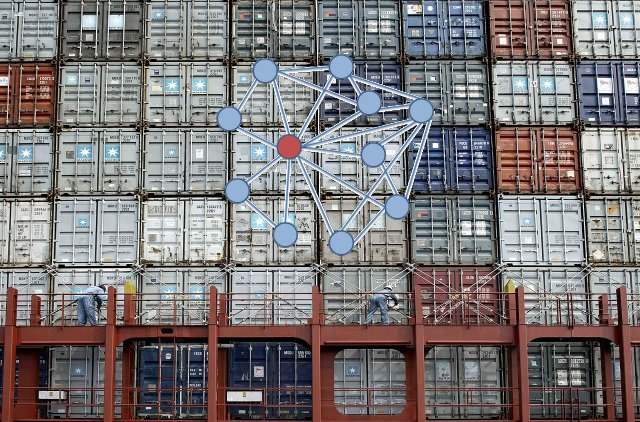 I recently had the need to mount a Windows network file share location within a Docker container. Thus, I tested the mounting of the share on my local machine. It worked, so I figured I’d simply set up the container to mimic the steps I took to mount the share on the host machine. Unfortunately, it wasn’t as straightforward as that. However, I was able to achieve the mount, and this post explains the steps I took to achieve the mount.

First, my host machine is Linux based laptop running Ubuntu 18.04 Desktop with Docker Community Edition installed. This workstation is situated within a large domain managed by Windows Active Directory.

Therefore, to connect and mount the file shares in this environment, my Linux host utilizes the CIFS – Common Internet File System – protocol. Consequently, I must tell the Linux mount command I want to use this protocol; I use the -t (type) option.

The Linux mount command allows for the use of a file to provide network credentials. I named my credentials file smbcreds.

Since I’m using this file, I must supply an argument to the mount command that provides the path to the file; I’ll use the -o (options) option.

As far as mounting the Windows share goes, using the preceding command is all I need. As I’ll cover, doing this in the Docker container isn’t as simple.

For those unfamiliar with SMB and CIFS, they’re network file sharing protocols. SMB stands for Server Message Block. It’s a protocol originally developed by IBM. Later, Microsoft released their own version of the Protocol. Accordingly, it is in use on Windows servers and workstations.

Similarly, CIFS was developed by Microsoft and is a version of SMB. The two protocols are compatible and synonymous.

Here’s the Dockerfile I used to build the Docker image.

After the Ubuntu base is installed, I install the cifs-utils package which provides the CIFS protocol support. Then, I copy my credentials file into the app directory along with a script (test.bash) that performs the mount command – as elaborated in the previous section.

At this point, so far, so good… Now, let’s create the container and run the script that mounts the network share. In addition, to the mounting there’s a command in the script that lists the contents of the mounted location. As a result, we can confirm the mount was successful.

Due to the share being located on the same network as my host, I need to instruct the container to use the host network. I do this with the --network host option.

But, when I run the command I receive the following error message:

First of all, I forgot to mention the test.bash script also un-mounts the share. It seems as though, there’s an error happening when that command is executed.

More importantly, perhaps, what’s this Unable to apply new capability set? After doing some research, I learned that by default containers run “unprivileged”. Due to this setting, the container has no access to the host’s devices or many other kernel capabilities. In fact, this is a good default as the idea behind Docker is isolation from the host machine.

For this reason, our container doesn’t have the capability to mount the network share. Therefore, we must manually add the capability. And we can accomplish this with the --privileged flag.

It works! The following part of the output is the contents of the mounted directory.

Evidently, one can exercise fine grained control over which capabilities are added to the container with the –cap-add option. But, I couldn’t figure out how to get this working to mount the SMB share. I used –cap-add ALL and still was not able to mount in the container successfully. I suspect there’s some device the container needs access to, but I don’t know which one. Because I’m left wondering, dear reader, please let me know if you find out how to do this.

For more information on runtime privileges and Linux capabilities, see the Docker documentation.