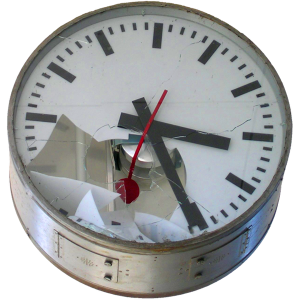 Part of the standard way to handle time on computers is to set the hardware clock (a.k.a. the BIOS clock) to UTC. Then users can select a timezone for displaying as their system time. Contrary to this conventional way of doing things, the Windows operating system sets the hardware clock to the configured local time. Clock malfunctions tend to happen if you’re dual booting a Linux system. Posix operating systems expects the convention to be followed. Here’s how I addressed this problem.

All the following steps assume that the hardware clock is set to the correct time. If it’s not, you can adjust it in the BIOS settings or you can use hwclock. The hwclock command is for reading or setting the hardware clock (or RTC – Real Time Clock).

There’s no sense fighting Windows for control of the clock. There is a way to edit the registry to tell Windows that the hardware clock is set to UTC, but that lead to other concerns. Just let Windows have it’s way with the clock.

Set the System Clock to Match

To synchronize the system clock to the hardware clock.

Now the Linux is aware that the hardware clock is using local time instead of UTC, you can configure the system time zone accordingly.

My local timezone is Hawaii Standard Time, so I set my timezone to Pacific/Honolulu.

Tell timedatectl that Hardware Clock is Set to Local TIme

Ubuntu 18.04 uses timedatectl to control time. We must inform this system that we’ve changed the hardware clock to local time, otherwise we’ll keep running into the time being set incorrectly each time we switch OS.

Now when we issue the timedatectl command, we’ll see RTC is in local timezone (TZ).